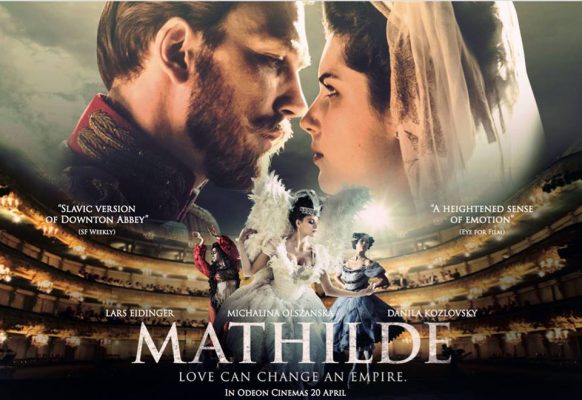 ODEON says…
Nicholas is the future heir to Russian throne. Mathilde is a world-famous ballerina. Their fleeting affair escalates into a whirlwind romance, which is most unwelcome in the Court.

Their careless happiness could have lasted forever if fate only did not have its way over desires. When the Royal train is involved in a horrific accident Nicholas’ father Alexander the Third saves his family, but at a terrible cost to his own health. As the heir to the Russian throne, Nicholas understands that his personal freedom will die along with the death of his father.

Nicholas will go on to bear his cross and become the last Emperor of Russia. She will go on to claim glory for the ballet of the great Empire, which will soon be no more. Only one thing will survive them both: the passion which could have changed the history of Russia.

Red Square PR is now 10 years old and we wanted to send you a quick email to thank you.

ODEON says… Nicholas is the future heir to Russian throne. Mathilde is a world-famous ballerina. Their fleeting affair escalates into.